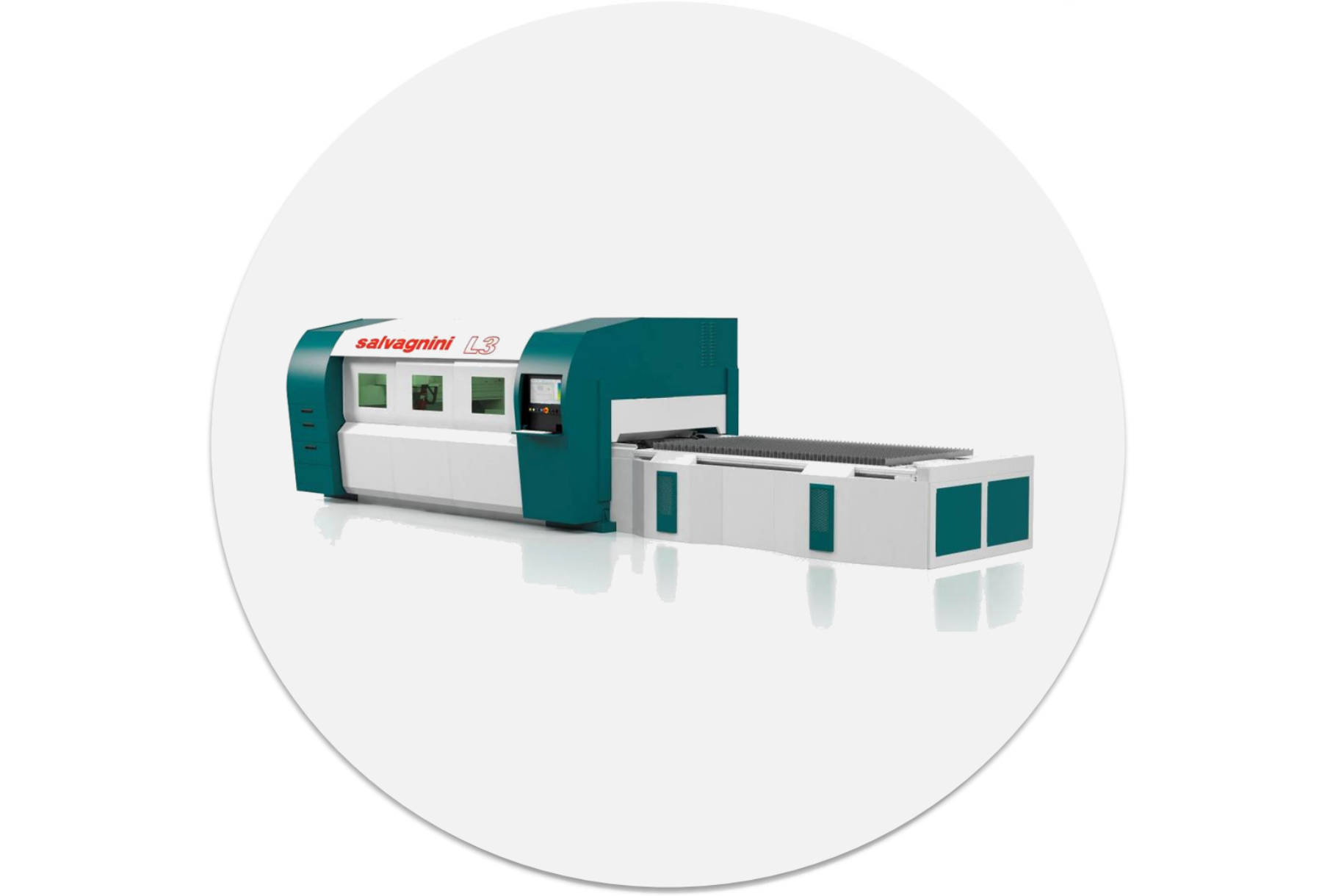 CO2 cutting lasers first became available in the 1980s. Back then, manufacturers saw them as game-changing because of their sheet metal applications. They could work metal to a higher degree of accuracy than ever before.

Fiber lasers are a more recent innovation and are proving to be equally revolutionary. The technology is disruptive because it is changing everything that industry experts thought was possible regarding sheet metal fabrication. These lasers are superior to CO2 lasers across multiple dimensions, including both economically and in terms of their performance.

In this post, we explore the key differences between fiber and CO2 laser cutting. By the end of it, you will have a clear understanding of why fiber cutting is superior across most categories.

How CO2 And Fiber Lasers Work

Manufacturers use both CO2 and fiber lasers to cut metal. However, there are some critical differences between them.

CO2 lasers work by passing electrical energy through a sealed tube filled with carbon dioxide gas. As operators increase the voltage, reactions with gas particles produce a steady beam of light. When the light touches an object, such as sheet metal, it imparts heat energy to the surface, causing it to melt or vaporize, producing a cut.

To increase the intensity of the laser, tubes feature highly reflective mirrors. These bounce light back and forth along the length of the tube, increasing its interaction with gas and, therefore, its intensity. A final mirror then directs the laser out of the laser head, via a focusing lens, to the working material beneath. The lens directs the laser beam to the precise spot, narrowing down the focus from around 7mm to just 0.1mm.

Fiber lasers are the newest addition to modern lasers and work on similar principles as CO2 lasers. However, because the technology they use is more advanced, they offer significant advantages.

Fiber lasers depend on laser diodes to transform electricity into photons. Semiconductor materials transform electrons into photons and then “pump” them into fiber-optic cable, similar to cables used for high-speed internet. The fiber cable then uses a combination of core and cladding materials to encourage the light to fall into a uniform beam (instead of scattering all over the place). The light is then amplified in the laser cavity (a special area in the fiber core), increasing the energy level and creating a light of a specific wavelength. The laser head then shapes the beam before releasing it..

Because they use different technologies, fiber and CO2 lasers work differently. This, in turn, has an impact on how they perform. As you will read below, fiber lasers are generally superior.

Fiber lasers use a fiber-optic beam path instead of a conventional mirrored beam path.  As such, there is no need for maintenance such as mirror or lens cleaning, bellows checks, and beam alignments. CO2 lasers, on the other hand, require regular maintenance tasks to keep them fully operational.

Thanks to fiber optic technology, fiber lasers are better able to focus a given level of energy on a target, increasing power density at the focal point compared to a regular laser. Even low-powered 2kW lasers have up to five times the power density of 4kW CO2 lasers, reducing energy consumption. They may also have superior absorption characteristics due to the shorter light wavelengths they emit, depending on the material being worked. Combined, the higher energy density and improved wavelength absorption help to increase cutting speeds by around five times compared to similarly-powered CO2 lasers in materials that are less than half an inch thick.

Fiber Lasers Are Sealed At The Power Source

Because of the way they work, fiber lasers are considered solid-state lasers. Fiber cabling connects to the diode source without any gaseous or liquid components (or moving parts).

As with other solid-state devices, fiber lasers are considerably more reliable and durable. Light passes from the diodes to the cutting head without the need for any moving components.

CO2 lasers, on the other hand, require a gas-filled tube with mirrors at either end. One mirror is fully reflective while the other lets a small percentage of light through. These mirrors then guide the light to the directed cutting area.

This specification adds complexity and more points of failure to the laser. Mirrors and lenses require careful maintenance so that they continue to perform to acceptable standards. Fiber lasers require no such care.

Leaking gas is a common problem in CO2 laser tubes. Seals around the tube do not always prevent gas from escaping, particularly over longer time frames. Because of this, many devices come with costly laser gas detectors to warn operators when gas is leaking from the tube. If gas levels go too low, manufacturers can swap out the tube for a new one before it affects manufacturing processes.

However, even with proper monitoring, a CO2 tube might only last three months to three years. That’s because regular use causes the CO2 inside the tube to eventually break down into carbon monoxide and oxygen, requiring replacement. Therefore, CO2 lasers are less reliable over time.

CO2 lasers require about 10 minutes to warm up before they can begin performing optimal cutting operations. Fiber lasers, on the other hand, do not require any warm-up time, allowing operators to use them immediately.

Lastly, fiber optic lasers often offer beam-shaping technology. Operators can adjust the beam’s profile depending on the material they want to cut. Furthermore, because the beam passes through a fiber optic cable, it is considerably smaller and more focused than a CO2 beam, improving density and performance when paired with assisting gases.

If you’d like to learn more about the benefits of fiber laser cutters for your organization, get in touch with our team.